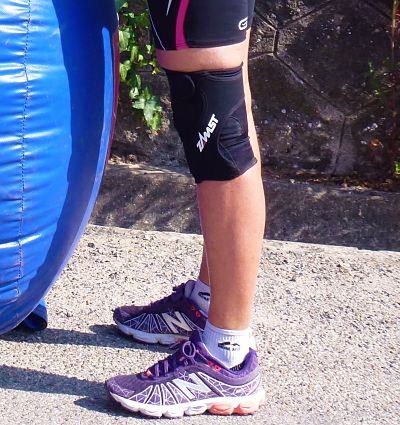 As many as 79% of runners  get injured during the course of a year.

People often think that it is only older runners who get injured but research shows that is not necessarily the case.

Yes older runners might have less muscle strength and less elasticity in their ligaments compared to younger runners but we may have more wisdom and less of the drive to overdo things like younger runners.

Looking up the research is a bit hit and miss. Not many long term studies have been done on runners as running is quite a new sport, especially for females, so concrete figures are hard to come by.

However check out these 3 studies to find out if you are at risk of a common running injuries.

Common Running Injuries in relation to sex and age

A 2001 study 1 looked at what were the common running injuries in relation to sex and age. They found that:

Conclusion: Being under the age of 34, being a low weight woman and being  physically active for less than 8.5 years, predisposes you to some form of running injury.

A further study 2 in 2015, looked at over 15 studies that had followed runners over at least a one month period. The results showed that:

Overall women are at a lower risk than men for sustaining a running injury.

Having worn or currently wearing orthotics (correctional shoe inserts) puts you at a greater risk of injury.

Men are at a greater risk if they have any of the following:  history of previous injury, have been running for less than 2 years, are restarting running, are running between 20 - 29 miles per week or more than 40 miles per week.

Women are at a greater risk if they have any of the following: tend to run on concrete surfaces, participating in a marathon, wearing the same running shoes for 4 - 6 months, running 30 - 39 miles per week

A 2002 study 3 followed 844 recreational runners over a 13 week training clinic programme. They found that:

Conclusion: Being a female over the age of 50, being female and only running one day a week and having had a previous injury predisposes you to a running injury

Should you worry about running injuries?

As you can see, the conclusions from the research are  a bit confusing.

The main takeaway is that ALL runners not matter what your age or sex, should worry about running injuries. There is no need to be stressed about it but it is good to be aware and to run according to your abilities.

Older females who are new to running, seem to be quite a high risk group. However if you know that in advance, then that is a huge step towards injury prevention.

As we age our tendons and ligaments become less elastic, we lose muscle mass and bone density and perhaps years of bad habits regarding diet and lack of exercise, means all our body systems are not at their best.

The good news is that running is one sport where you have almost total control of how hard you push your body and how well you allow it to recover.

We all know that prevention is better than cure, so here's how to avoid running injuries.