Effects of Caffeine on Running 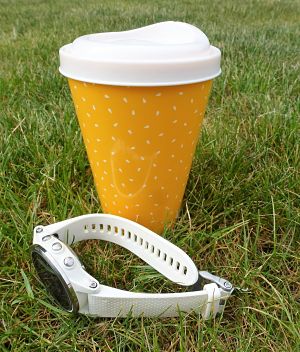 Ever wondered what are the effects of caffeine on running and is that morning coffee going to sabotage your run or are you going to run like a demon?.

I'm sure you've heard all this before:

But is there any truth in all of this and does coffee (or caffeine to be more precise), make you run better or faster or do the opposite?. Read on.

Firstly, what exactly is in coffee?

Coffee contains several compounds, notably caffeine, antioxidants and diterpenes. These not only add flavor but they also provide physiological effects.

Caffeine: Caffeine is found in over 60 plants, with the most common ones being cocoa beans, tea leaves, kola nuts and coffee beans. Caffeine stimulates our central nervous system so can affect your heart rate, body temperature, blood flow to the skin and extremities, blood pressure, blood sugar levels, stomach acid secretion and urine output.

Positive Effects of Caffeine on Running

As soon as you take a sip of coffee for example, the caffeine travels to your brain and the effects are normally felt within 15 minutes. You might feel more awake, more alert, more energetic and have a buzz type feeling.

Research has shown that there are several positive effects of caffeine on running.

Caffeine boosts your mental awareness and alertness. This in effect will help you get out the door and go for that run that you've been putting off. It gives you that positive mental energy. Not only that, but it reduces your sense of perceived effort so that your run feels easier.

Caffeine has been shown to increase your body's ability to burn fat for fuel. Marathon and ultra distance runners, know the importance of fueling in order to avoid hitting the wall. Fat is considered to be THE key fuel that will allow you to run and run and run. Of course you need to train your body to use fat as fuel as in most of us, our body is so carbohydrate dependent that it doesn't know how to use the fat efficiently. See here for more about low carb high fat diets.

Caffeine has been shown to improve your neuromuscular coordination and your reaction time. This means that you become more efficient when you run, which means you can use less effort to go further and faster. This has been shown in all distances from 5km to ultra marathons.

Caffeine has been shown to improve a runner's endurance in the heat. Their perception of effort is also reduced allowing them to run further and faster than without the caffeine.

The effects of caffeine on running are also present in your recovery stage. Ingesting caffeine after a run can be good for you. Research has shown that taking in caffeine along with carbohydrates after a run, increases the glycogen levles in your muscles far quicker as opposed to just ingesting carbohydrates.

Negative Effects of Caffeine on Running

If you over do the caffeine, see how much is too much, or your body is not used to it, there are likely to be some negative effects. All things that you don't want to happen when you are out running.

These include, fast heartbeat and palpitations, muscle tremors, upset stomach, dizziness and the need to urinate.

Using Caffeine to Boost your Race

Many runners swear by the positive effects of caffeine on running a race or a hard run. Some have a quick cup of coffee before the start and others take caffeine gels or tablets during the race or run.

When you ingest caffeine, it gets to work within 15 minutes but it takes about 45 minutes to reach its peak effect.  However, it stays in your system for several hours and after about 5 hours it will have only reduced by about 50%.

In a race situation, bear in mind that when you are sprinting to the finish, a caffeine shot is going to take 45 minutes to reach its peak, so you don't want to take it 500 meters from the finish line.

How Much Caffeine Should You Take?

The amount of caffeine you might want to take varies on the individual. The  effects of caffeine on running can be positive so long as you are sensible.

Your weight and tolerance level play a huge part in how much caffeine that you should ingest. Imagine never having taken caffeine before and you suddenly drink 2 strong espressos. You are going to by flying around but you may also be jittery, have heart palpitations, feel sick, have a headache and so on. Remember too, that caffeine is considered a drug by the U.S. Food and Drug Administration (FDA)1.

A typical cup of coffee contains 75-100mg of caffeine and many people drink 3 or more cups a day.  The optimal safe dose is about 3-6 mg/kg of body weight per day. So if you weigh 65kg then you should not be ingesting more than 5 cups of coffee per day and if you weigh 50kg, your maximum should be 4 cups.

The safest way to use caffeine is to stick to the guidelines below:

The European Food Safety Authority (EFSA) in its 'Scientific Opinion on the Safety of Caffeine' 2  say that: Single doses of caffeine up to 200 mg (about 3 mg/kg bw for a 70‐kg adult) do not give rise to safety concerns. The same amount does not give rise to safety concerns when consumed < 2 hours prior to intense physical exercise under normal environmental conditions.